What is the main difference between Labradoodles and Goldendoodles?

The differences between Labradoodles and Goldendoodles depends mostly on the breeding stock chosen for the parents. Blueridge Labradoodles are bred from English Labrador Retrievers, which are smaller, and are totally ‘laid-back’ in personality, as opposed to the American Labradors which are often bigger and tend towards a more ‘hyper’ personality.

What is the difference between and F1 and F1B?

The F1B is a ‘backcross’ meaning you take an F1 Goldendoodle puppy or F1 Labradoodle puppy and breed it ‘back’ to a poodle. This puppy is suppose to be 75 % poodle and 25 % lab however, that is not always the case. It depends what genes they inherit.

Is it true that these dogs won’t shed? NuVet Plus: Veterinarian Recommended and Scientifically Formulated to Provide Everything Your Pet Needs for Optimal Health! Find out more here 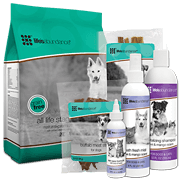